Know our method to learn languages

Contact  us and get to know the method to learn languages that is shaking the market up. You will speak your favourite language in 6 months. Want to know more…? Try 1 free class

Because we use a revolutionary method to learn languages, in which your speed in learning languages will be exponential.

We select the vocabulary you need, we do a personalised plan, we empower your abilities and detect your weak points in our campus. And we work in class together.

Virtual campus and app with technology SRS (spaced repetition) unique in the world with 38 languages. It will register all the parameters of your learning. An intelligent software of importation of digital material that will allow you to study in an interactive way videos, songs, pdf or ebooks adapted to your likes and needs.

You will speak from the first class, ya whether we do the class by Skype, Zoom, Whatsapp or telephone.

In the traditional school setting, the teacher speaks and the students listen, but in our classes you will speak. We apply coaching to the teaching.

We guide you to certify your official level of english, french, german, portuguese, italian, spanish within the Common European Framework of Reference (CEFR). Or the chinese levels HSK, Japanese Noken JLPT. We help you to certify up until 38 languages.

We offer you a personalised and transparent service. From the teachers to customer service, we are a modern, innovative school but without loosing the human touch. Excellence is our aim

We have capable native teachers with passion for their work and hundreds of reviews from satisfied students for achieving their objectives. 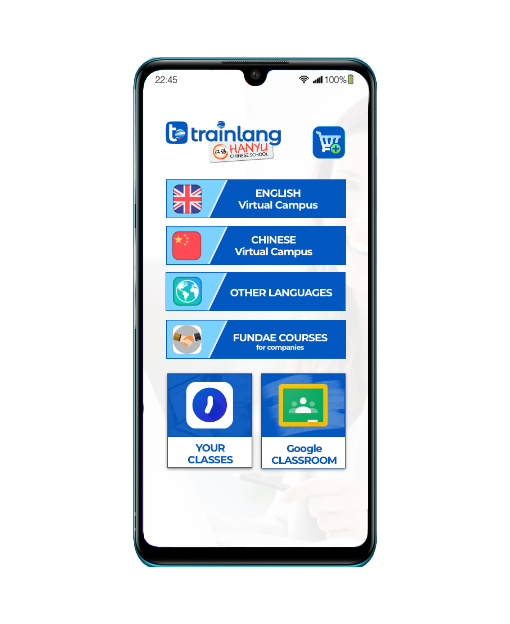 What do our students say about our method to learn languages?

"The sessions and the method of the online classes in Trainlang are excellent as they allow you to save time and you can be anywhere without missing your class. They are very good teachers and professionals that adapt to your needs and facilitate everything, so that you can learn faster and with innovative and effective techniques. Thank you very much for your professionalism." 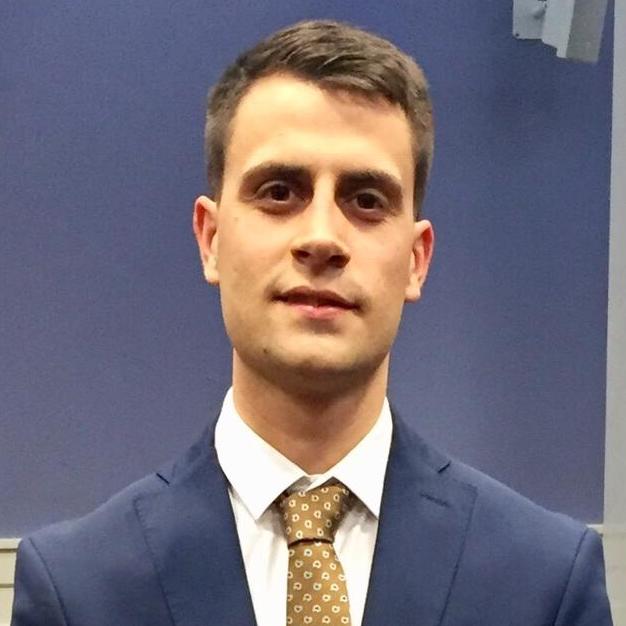 «THE FUEL TO ACHIEVE EVERYTHING IS MOTIVATION»

Our method in detail

Explore in detail the method of learning languages that is revolutionizing the market.

To be efficient we rely on 3 scientific aspects:

1. Select the vocabulary in order of frequency, that is, we do not learn by groups of words (colors, vehicles, animals, verbs ...) but rather we focus on the most important ones according to the level. For example, dog is more used than squirrel and hand more than shoulder.

2. On the other hand, we apply Flipped clasrrom , a concept invented by Jonathan Bergmann (University of Colorado). This method "reverses" the order in the classes. That is, the student does not come to class to listen to the explanations and then go over it at home, but just the opposite. During the week it is studied and practiced and during class only the information is mentally reviewed and cemented. Furthermore, since the student comes to class prepared, it is 100% practical, which exponentially increases the speed of learning.

3. We also promote efficiency with the Language Acquisition Theory (California Southern University) method, since several studies have shown that people who train their listening skills intensively not only improve comprehension, but also increase their ability to speak and write up to 3 times faster than a conventional student. The greatest example is children, since for two years they only listen and then speak, read and write in record time. In conclusion, we seek to enhance all the skills to obtain speakers with integrated skills capable not only of reading and listening, but of living the language.

Our online campus is available 24 hours a day, 365 days a year. On campus you will be able to watch videos adapted to your level, audios, numerous masterclasses, self-correcting exercises and much more. You will also learn vocabulary through your own and external applications and online games.

On the other hand, we will guide you and give you all the tools for self-learning and you can study with your teacher at the time that suits you best.

In Trainlang we guarantee the results. If you do not meet the agreed deadlines, we will help you achieve it.

Neuroscience has inspired our method of learning languages as efficiently as possible, achieving the greatest possible communication capacity in the least amount of time. For example, the class is structured in periods of between 15 and 20 minutes to maintain the concentration peaks. In addition, our classes include lessons in conversation, translation, listening, videos, applied grammar, memorization, reading and a vocabulary selected in order of logical frequency.

We encourage the use of technology and games to reinforce memorization, listening skills, grammar comprehension, and understanding of Chinese writing. We also offer the student a wide range of material, both of our own creation and from our online campus with videos, audios, self-correcting exercises that are vital for self-learning and maintaining motivation.

Learn from the first class

The online classes are mainly based on the ONE TO ONE conversation. Our teachers will guide your steps, evaluating your priorities and your needs. Besides a teacher you will have a travel companion.

The teacher will be with you through WhatsApp, Skype and campus, he will send you audios, videos and exercises to keep you motivated. In addition, the class can be recorded in high resolution video to view the content again when you need to review.

During class communicative exercises, direct-reverse translation, everyday life situations and much more will be carried out. The teachers will gradually increase the level of difficulty, guaranteeing the assimilation of each level. The face-to-face class uses the same system in small groups. In both courses the phrases we use in speaking; they are built both with the new vocabulary learned and the one that has already been assimilated previously, creating synergies that help to integrate it more quickly.

In the traditional school, the teacher speaks and the students only listen. At Trainlang the student is the center of attention, we apply coaching to teaching, a personalized instruction where the student learns according to their needs.

Our learning method seeks to maintain the interest of our students, not only during class but outside of it throughout the week, interacting with the language through social networks, the online campus and other tools that activate the motivation. Our goal is to awaken the emotions in the student, because with that disposition the mind is opened and one learns in a more effective and meaningful way.

Our motto is to make our students passionate about the language. The universal principle is simple: "you can only learn what you love", and that is what our work is based on, making our students enjoy learning.

Our teachers are highly trained, stable and our method prioritizes the person and their ability to reach the student.

Find out everything new in Trainlang through our newsletter. Direct discounts, new agreements with the chinese government, campus and a lot more.